The photo below is a GFCI (Ground Fault Circuit Interrupter) breaker which trips before a normal 50 amp breaker would if a short occurs to provide safety. 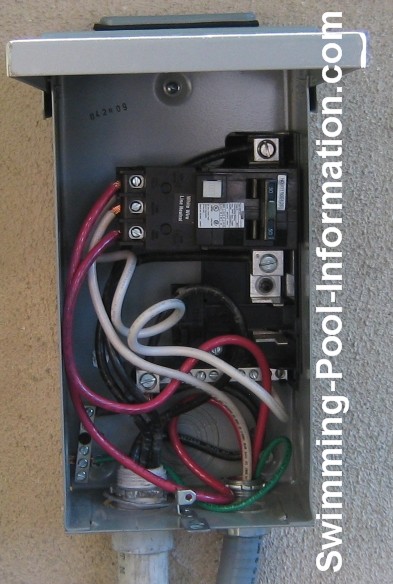 Below,the GFCI/shut off for the spa can be clearly seen from the spa but no more than ten feet away and NOT able to be reached by person in the spa. A lot of older spas have absolutely no GFCI protection - ALL spas built now MUST have a shut off as shown IN ADDITION to a GFCI or have them both together as shown here,UNLESS they are low amperage,120 volt spas then GFCI alone such as on the plug is sufficient. 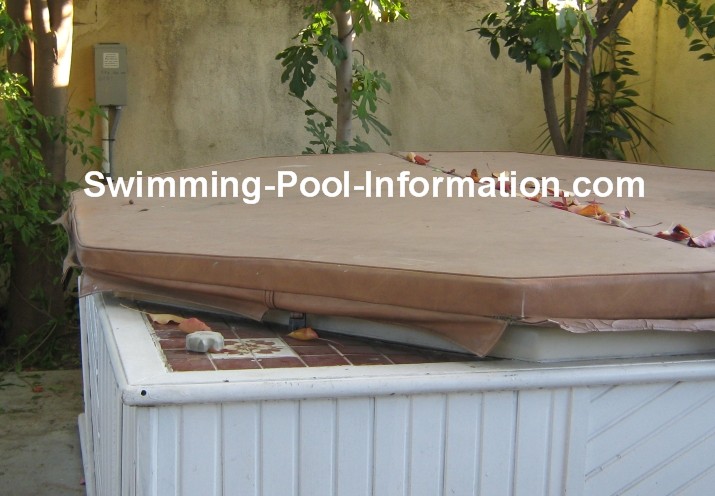 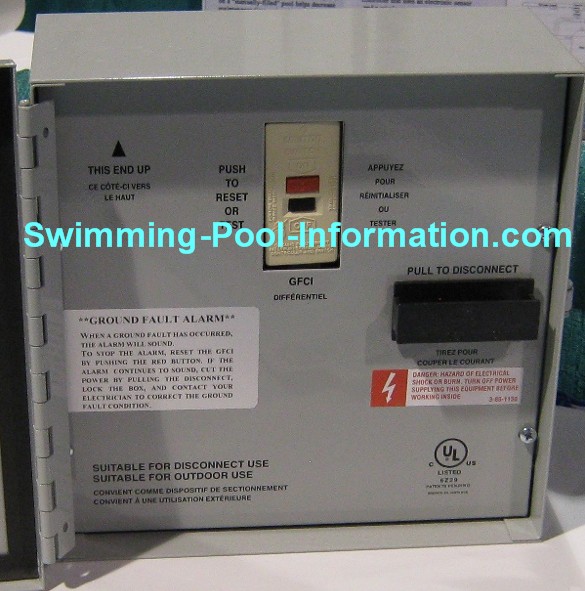 The spa disconnect panel above by Allied Innovations features a GFCI that fails in the open position and a quick disconnect pull out. It also has an audible alarm to let you know when GFCI has tripped.